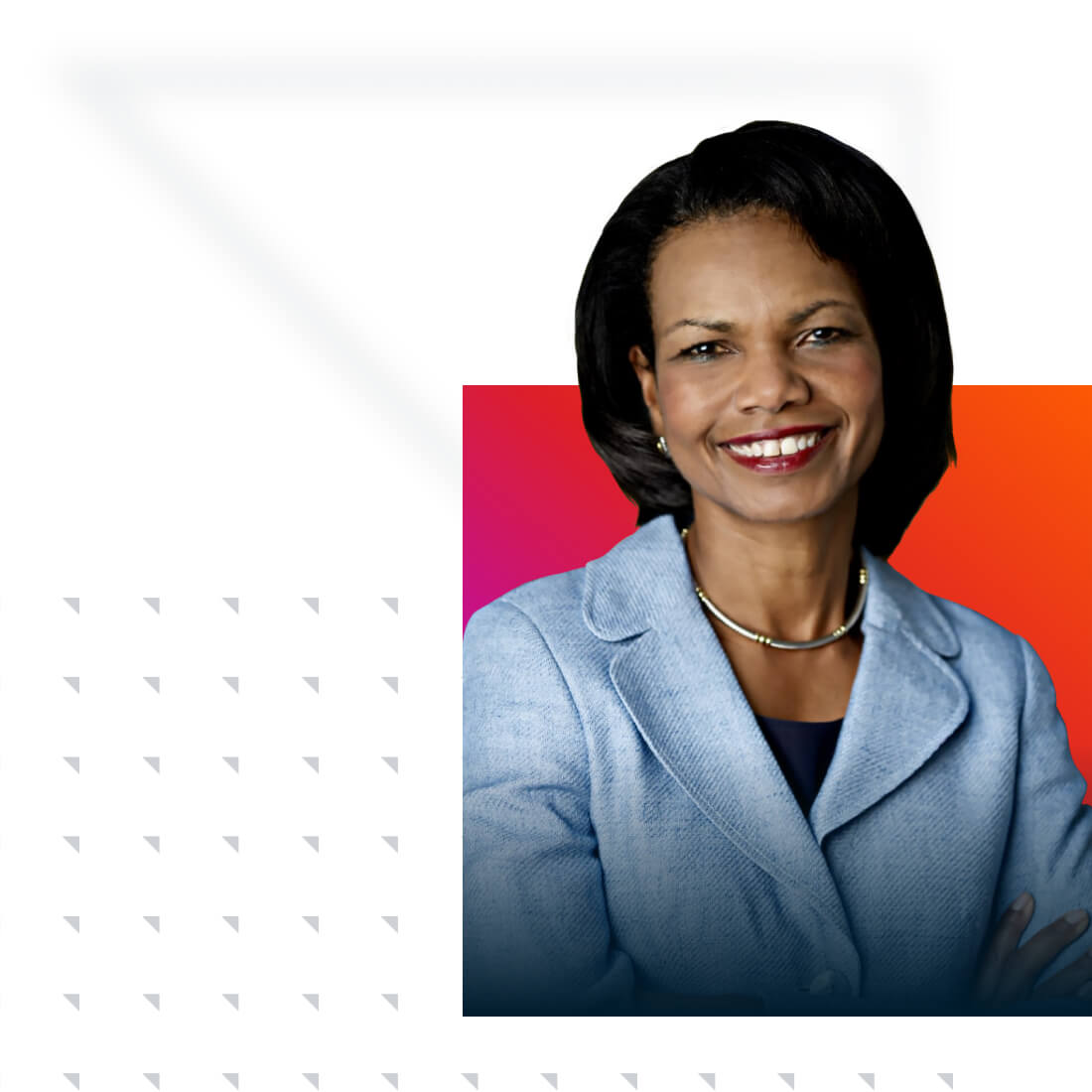 Condoleezza Rice is a decorated and esteemed author, professor, business owner, board member and political figure. She is most famously known as the first black woman to hold post as the 66th Secretary of State for the United States and the first woman to serve as President George W. Bush’s Assistant to the President for National Security Affairs (National Security Advisor) from January 2001 to January 2005.

Beyond her career achievements, Rice has received two of Stanford’s highest teaching honors—the 1984 Walter J. Gores Award for Excellence in Teaching and the 1993 School of Humanities and Sciences Dean's Award for Distinguished Teaching, as well as being awarded fifteen honorary doctorate degrees.