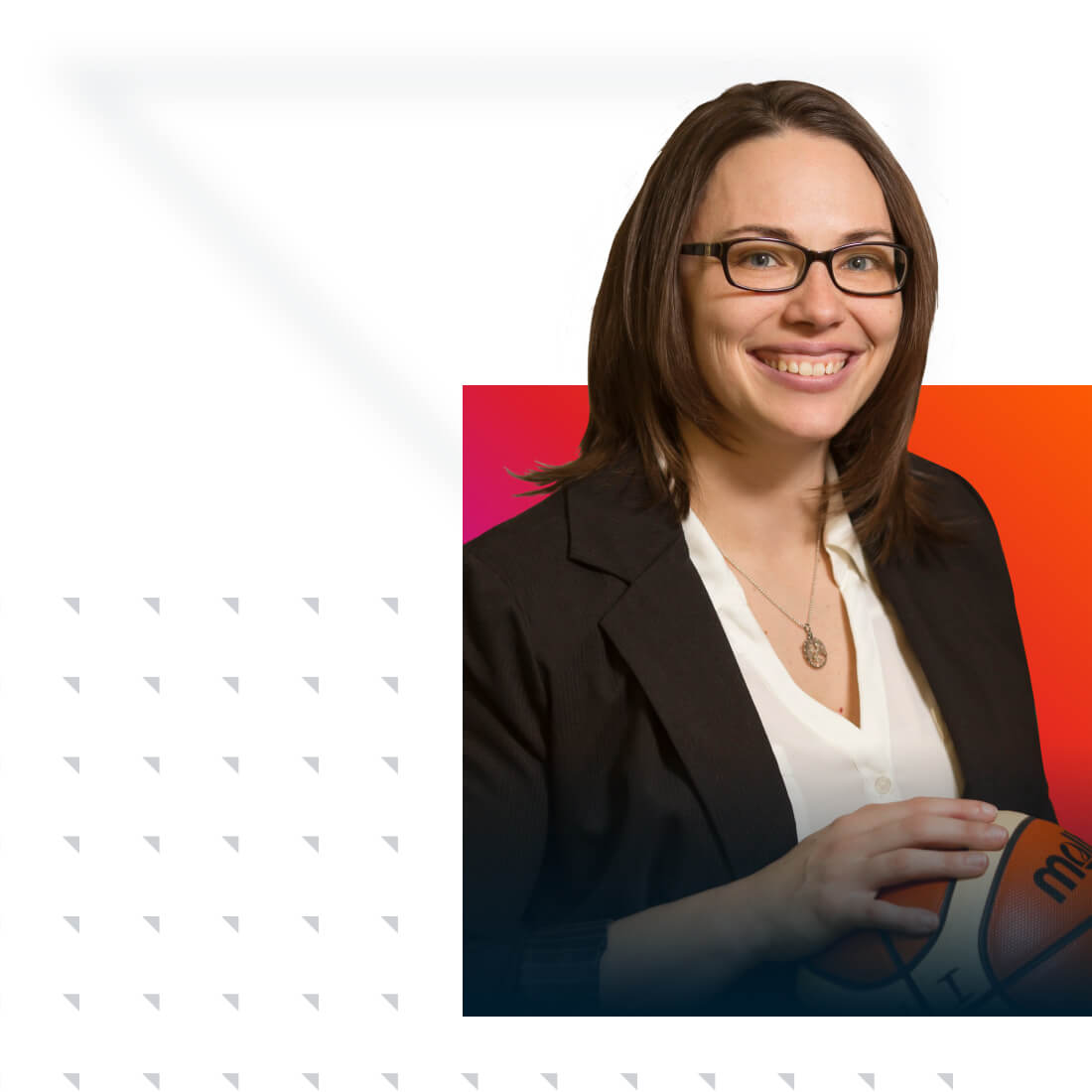 Stephanie Wheeler, head coach of women’s wheelchair basketball at the University of Illinois, is a Paralympic gold medalist, World Championship gold medalist, and collegiate national champion. She was a member of the gold medal winning women’s wheelchair basketball team at both the 2004 Athens and 2008 Beijing Paralympic Games. She was also a member and co-captain of the gold medal winning 2010 world championship team that competed in Birmingham, England.

During her collegiate career, she was a part of 3 consecutive national championship teams (2002-2004), earning All-American honors each of those years and MVP honors in 2003. As head coach of the USA Women’s Wheelchair Basketball team, Wheeler lead the team to gold medals at the 2015 Parapan American Games and the 2016 Rio Paralympic Games. As a result of her competitive and coaching success, Wheeler was elected to the North Carolina Sports Hall of Fame in 2017 and the NWBA Hall of Fame in 2018.

Stephanie’s passion is teaching and creating inclusive environments. She has conducted wheelchair basketball camps across the country and around the world; has consulted with the NCAA on inclusion of athletes with disabilities; and is actively involved with long term athlete and coach development for wheelchair basketball at all levels in the United States. She is also an ambassador coach for Athlete Ally, was a mentor athlete for US Paralympics and The Hartford, and was on the Board of Directors for the NWBA from 2019-2021. Within the NWBA, she was the chair of the Coach Education and High Performance Committees. Stephanie is also currently a doctoral candidate at the University of Illinois in Cultural Kinesiology, studying sport at the intersection of disability, gender, and sexuality.